Firstly, apologies for the lateness of this update. I embarked on Celebrity Silhouette in July and came home on 1st October. I opened the front door to find the burglar alarm deactivated and showing a fault and then as I ventured into the bungalow, I realized it was freezing. No hot water, no heating, no internet, no television and the doorbell video was out of batteries so not recording.

My M.S. does not do well in the cold so before I evacuated to a hotel, I rang the boiler people and they agreed to come later that day. Six hours, £540.00 and a new circuit board later, I was finally warm. Financially depressed but warm. When everything around you is not working it is hard to concentrate on priorities but gradually over the next five days, I did get everything working. Having said that I had my flu shot the day after I got home and had a rather bad reaction. In all the years I have had this annual jab, and we’re talking over twenty, I have never had an adverse effect. I am just grateful I declined the covid shot on the same day. Feeling a few degrees under par is not ideal when you are reunited with a dog who hasn’t seen you in a long time, wants 24/7 attention, feeding and walking where all I wanted to do was climb into bed. But I am nearly up to speed now.

I had a wonderful time on Celebrity Silhouette, seeing past passengers and making new friends is always a joy and despite the threat of COVID, I managed to stay safe and enjoy my sea family once again. It was two months short of three years since I’d been on Silhouette and boy had I missed it. I’d completely forgotten that she had completed a refit and everything looked great, save the new addition of large bulbous rocking chairs on Deck 12. I have to say whoever flicked through a brochure and chose them must have been on medication. Apart from the fact there are quite a few older passengers and people with special needs onboard, who puts a moving item on a moving ship? There were several injuries during my time on the ship but most weren’t reported which is a shame as the cruise line are probably not aware these are a health and safety issue. I asked a pool boy when I first got on for a normal chair but the entire open deck didn’t have one, there were either the offending article, loungers or love seats!!!

Anyway, thanks to everyone who made the cruises so much fun and I hope to meet up with many of you again next year.

One very sad piece of news was the loss of my friend Darius Danesh whom you might remember from the first series of Popstars and then went on to have a number-one debut single with Colourblind. He took part in dad’s Friday Night is Music Night and was a great talent. I couldn’t believe that he had left us at only 41 years of age and my thoughts go out to his family and friends. 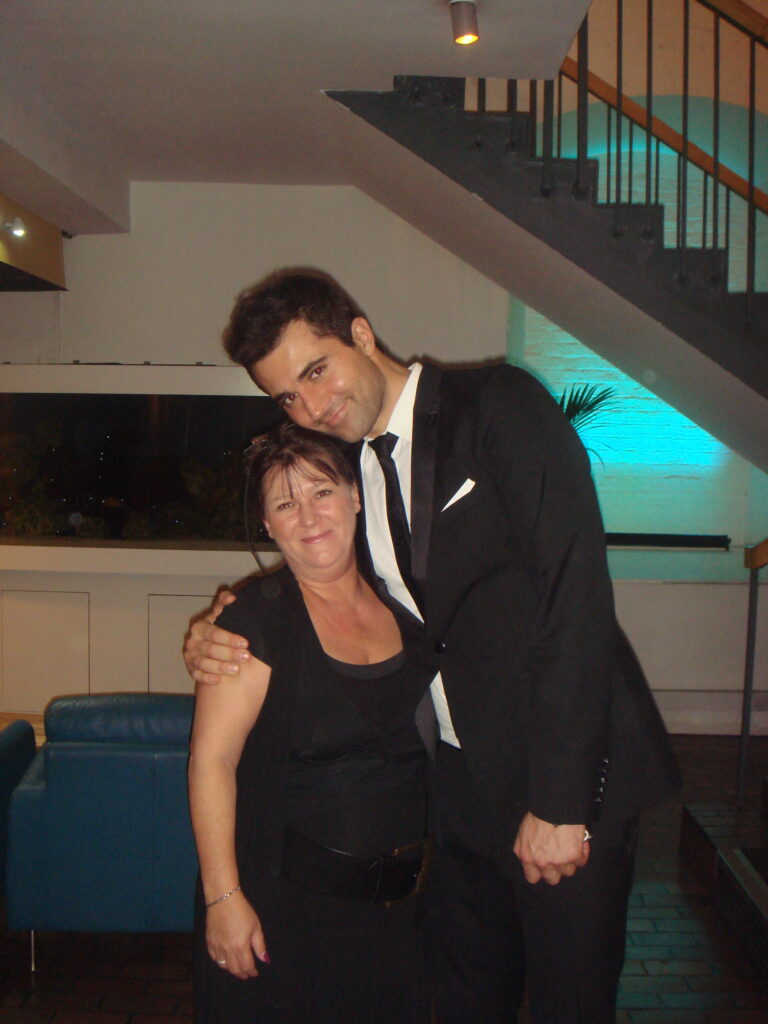 Would you believe that Richard and I finally had clearance from Warners regarding our collaboration with Cherry Red and then wallop, there is now another delay? I completely despair.

I’ve only been home a few days and suddenly I was offered a cruise on the new Ambassador line so I am off on the 23 October for about 4 weeks. I’m looking forward to exploring this new company and getting a feel for its passengers.

The great news is that it will give me an opportunity of plugging my new book “The Autonomous Cruiser: The Complete Guide to Cruising For and with Disabled Travellers”.

This is the first book to specifically address the needs of the disabled cruiser and their carers so they can ensure a stress-free holiday. Having spent more than 40 years cruising the world and also working as a specialist speaker on a number of cruise lines including Celebrity, P&O, Fred. Olsen and Royal Caribbean, I was shocked to find there was nothing on the marking to address the needs of a disadvantaged traveller and that made me very cross.

In the 1990s I was diagnosed with MS. It was then I began to fully appreciate the absence of advice and information about cruise travel with a special need. I felt strongly that whilst living with a disability presents a lot of obstacles, a cruise holiday shouldn’t have to be one of them and I began what was to become 3 years of painstaking research covering all the possible details a disabled cruise traveller needs to know. Because of the pandemic, the book was put on hold for a further two years and I then had to update it twice, one for Brexit and again for the effects of Covid on the industry. At one point I nearly pulled it but when the industry started going back to sea I decided to persevere.

The Autonomous Cruiser is the result. The most up to date and comprehensive guide available, advising on the whole process of cruising, including: –

While on Celebrity I was informed that a brand-new consumer travel magazine Accessible Journeys, which showcases accessible travel possibilities and best practices was including an article I wrote for them which was exciting.

I also have a new Author’s website – michelemonro.com and as well as the information on both of my books it will be used in the future for any updates to the book and news of the port guide sequels.

For all new members and for those of you that don’t know Richard and I launched dad’s very own YouTube channel – https://www.youtube.com/c/MattMonroOfficial and put together a four-part audio documentary to celebrate dad’s special 90th birthday. The programmes were written and narrated by myself and feature an intimate portrait of the man behind the voice, drawing on previously un-broadcast interviews, extremely rare recordings previously thought lost, interviews with his family and friends and messages from some of his more famous fans.

I also made a deal with Aviator so every two weeks we feature a rare television performance of dad and the YouTube channel still has all the ones you may have missed by not visiting yet. It’s all totally free and if you register the site will send you a reminder every time something new is added. 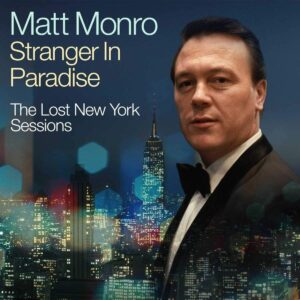 I was amazed to find over the last few months while doing the radio promotion on the new book that several people were not aware of dad’s brand-new album that we brought on in 2020 especially as Stranger in Paradise: The Lost New York Sessions went straight to the No8 spot in the official album charts and stayed in the charts for six months. The first CD is brand new material recorded with just a five-piece band but `I decided to combine it was a second disc with all of dad’s more familiar titles, remastered of course by the fabulous Richard Moore, for any new fans of dad’s music.

Nearly two years ago I found out that a few albums available to upload were inferior in quality compared to what is available in sound today so after airing my complaints Universal gave the go-ahead. Richard mastered them within weeks, and now at last someone has finally pushed a button which has made them live.

The remastered downloads of 8 of his 9 original Capitol albums now appear on all good download and streaming sites. The last album “We’re Gonna Change The World” and three brand-new compilations together with the rest of dad’s Capitol catalogue will be made available at a later date. 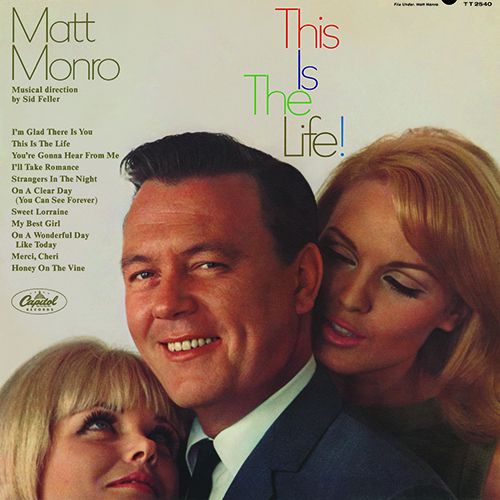 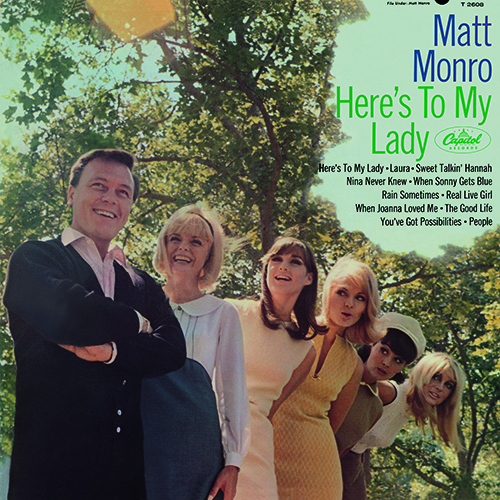 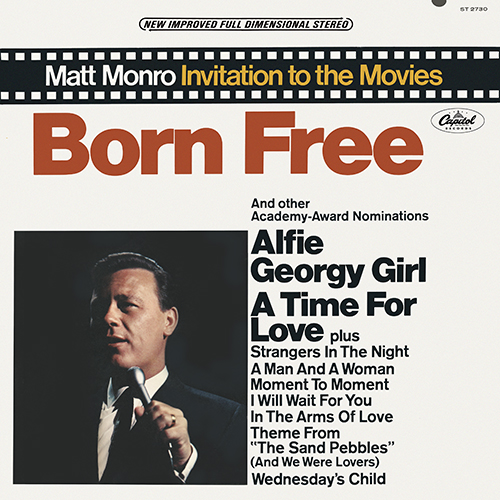 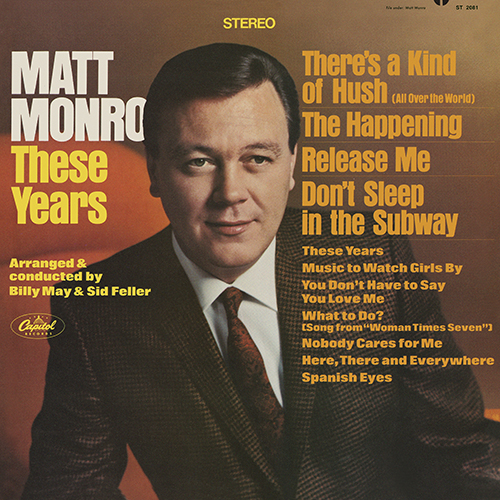 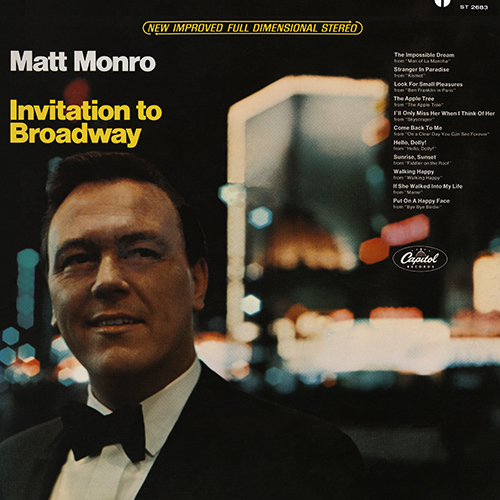 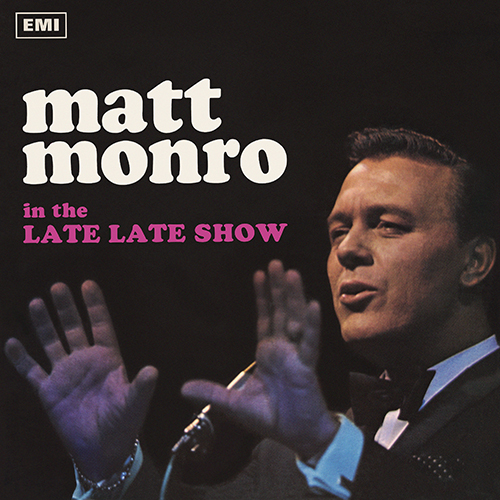 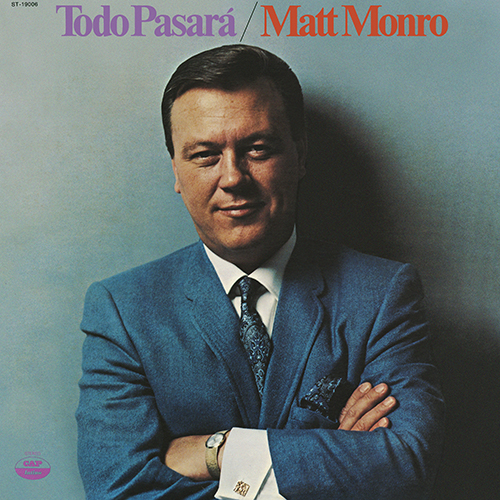 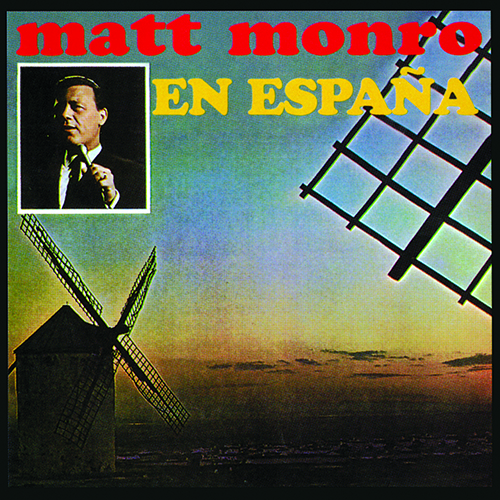 Because of the imminent cruise which will mean I am away when the November updates would normally be due, I will be back in December, so in the meantime, take care of yourselves and keep spreading the MM legacy.