These are all of the official DVD releases of Matt Monro. Individual releases of series where Matt was a guest have not been listed as all material from those sets are included on the following discs. 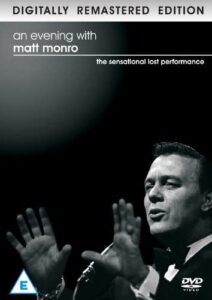 As Long As I’m Singing

How Do You Do?

You’re Nobody Till Someone Loves You

Portrait Of My Love

In The Arms Of Love

David Jacobs presents the songs from An Evening with Matt Monro

Documentary on Matt Monro – The Performer

For nearly forty years a film reel of Matt Monro performing live lay unknown in the family garage. Its discovery by his daughter Michele was momentous: the only known film of Britain’s greatest singer had at last been found. This is your invitation for the once in a lifetime opportunity to spend – an evening with Matt Monro.

“Matt was a great artist. I remember him fondly” Paul McCartney 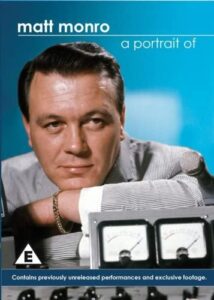 Matt Monro was Britain’s greatest singer. He was the singing London bus driver whose magnificent voce and ballads brought success all over the world. Praised by fans and fellow artists alike, even the great Frank Sinatra labelled him the ‘Singer’s Singer’.

‘A Portrait Of’ tells the full story of Matt’s amazing rise to fame with exclusive, unseen performances from Matt’s early and later career. The programme blends together the songs and the story of the man known as Britain’s Frank Sinatra, with exclusive access to the private side of Matt Monro and his family home movies.

With personal contributions from Sir George Martin, Don Black, Tony Christie, Bruce Forsyth, Sir Cliff Richard, the Monro family and many others; this is a unique insight into what made millions of fans and singers admire both the voice and the man who was Matt Monro.

Portrait Of My Love

You Keep Me Swinging

I Left My Heart In San Francisco

I Get Along Without You Very Well

Birth Of The Blues 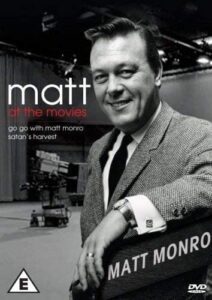 Matt at the Movies – Odeon Entertainment

Matt at the Movies contains two wonderful features found in the archives and brought to you in superb condition.

Cutter Murdock (George Montgomery) inherits a farm estate in South Africa on which ‘Satan’s Harvest’ (cannabis and marijuana) is being grown. Along with Maria (Tippi Hedren) and Bates (Matt Monro), Cutter tries to force the drug dealers off his land. But the drug barons will stop at nothing, not even murder, to protect their lucrative harvest.

This adventure thriller was Matt Monro’s only film performance. It was shot on location in South Africa and has not been seen for over thirty years.

Shot in glorious colour on location in London and Rome, this 1966 film feature was originally, screened as a support feature in the cinemas. Unseen for forty years, this half hour music show is a must for all music lovers, with Matt at the pinnacle of his career performing:

A Lot of Living

Three Coins in the Fountain

One More For the Road

Birth of the Blues 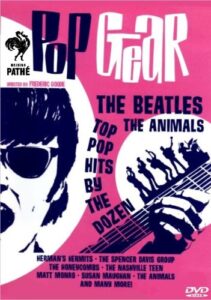 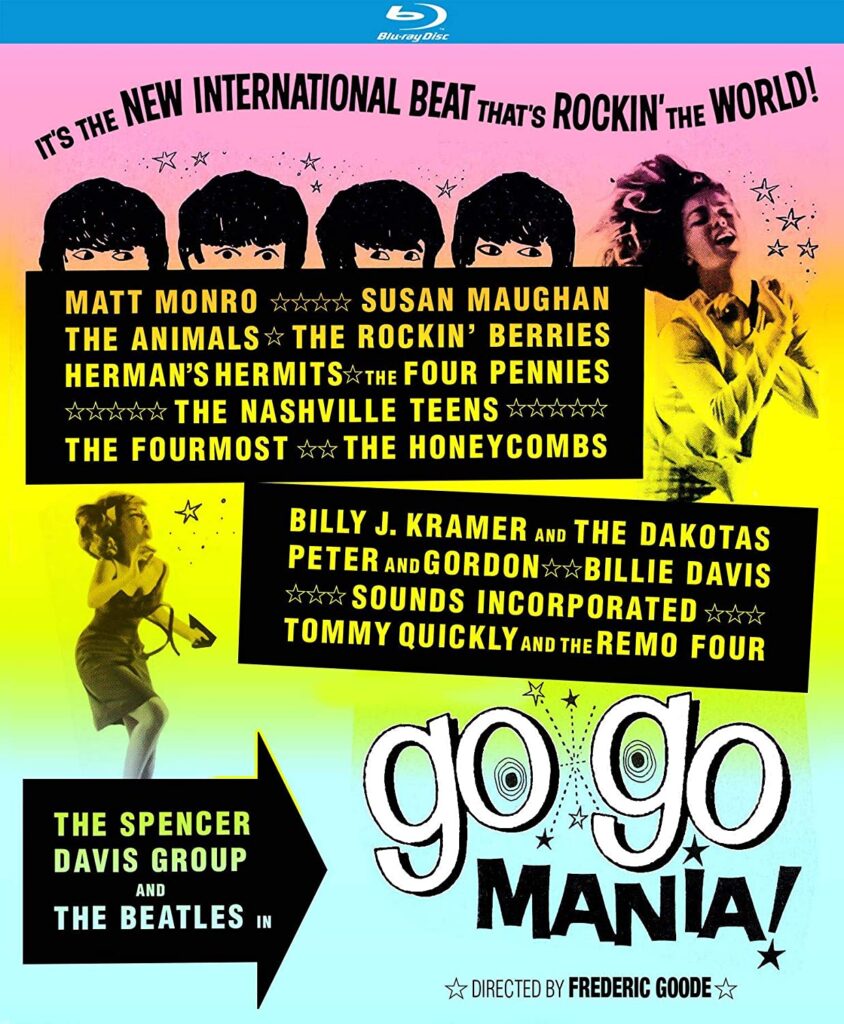 Track listing: Pre-credits: She Loves You – The Beatles

Little Children – Billy J. Kramer and the Dakotas Make Him Mine – Susan Maughan Juliet – The Four Pennies The House of the Rising Sun – The Animals A Little Loving – The Fourmost He’s in Town – The Rockin’ Berries Have I the Right – The Honeycombs Rinky Dink – Sounds Incorporated World Without Love – Peter and Gordon Walk away – Matt Monro I’m Into Something Good – Herman’s Hermits Tommy Quickly and the Reno Four – Humpty Dumpty Watcha Gonna Do – Billie Davis My Babe – The Spencer Davis Group Tabacco Road – The Nashville Teens What In The World’s Come Over You – The Rockin’ Berries For Mama – Matt Monro Black Girl – The Four Pennies William Tell – Sounds Incorporated Google Eyes – The Nashville Teens Eyes – The Honeycombs Don’t Let Me Be Misunderstood – The Animals Pop Gear – Matt Monro Closing credits TWIST AND SHOUT – The Beatles

All hail the British Invasion! POP GEAR is the quintessential ode to the hits of ’64, presented by Jimmy Savile and featuring performances such as ‘Something Tells Me I’m Into Something Good’ – Herman’s Hermits, ‘Come Right Back’ by The Honeycombs, ‘House FO The Rising Sun’ – The Animals and an appearance by The Beatles 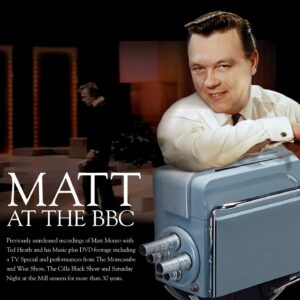 Let’s Face The Music And Dance

Gone With The Wind

I Cried For You

The One I Love Belongs To Somebody Else

How Little We Know

Out Of Sight Out Of Mind

One Morning In May

A Cottage For Sale

Georgia On My Mind

I’m A Fool To Want You

I Get Along With You Very Well

How Do You Do

As Long As I’m Singing

It’s Alright With Me

Let Me Sing And I’m Happy

Saturday Night at the Mill

Thanks To The Lord 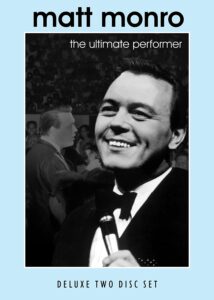 This deluxe DVD/CD set released to the market on the 16 February 2009 includes Matt on TV, a look back at Matt Monro’s finest television performances highlighting 23 full songs and introduced by Matt Monro Jnr.

There has been a long wait for these performances but now it all seems worthwhile as for the first time ever the market will see appearances, some of which haven’t been seen since their first airing. If that wasn’t enough this bumper set is being packaged together with An Evening With Matt Monro, a full-length black and white Australian concert, which has been remastered and enhanced from the original source.

If any of you originally bought this DVD when it first came out in 2005, you will see a marked improvement in the quality with the advent of new techniques and restoration methods.

To round it all off Odeon Entertainment have also included a 14 track audio disc featuring Matt’s legendary concert from Manila.

I Love The Little Things

Don’t Sleep in the Subway

I Couldn’t Live Without Your Love with Jackie Trent, Tony Hatch and Scott Walker

Just a Heartache Ago

Let Me Sing and I’m Happy

Isn’t It A Pity

On A Clear Day

All Of A Sudden

Best Of British Medley with Liberace

Those Were The Days

My Love and Devotion

Singin’ in the rain – Duet with Dave King 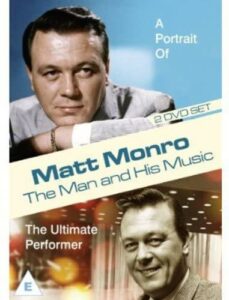 A Man and His Music 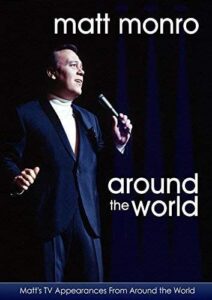 Around The World – Odeon Entertainment

More TV performances from Around the World

Saturday Night at The Mill

You Bring Out the Best in Me

My Kind of Girl

You and Me Against the World

Nana Mouskouri (Show of the Week)

When You Wish Upon a Star

You Made Me So Very Happy

Let’s Face the Music and Dance

Saturday Night at The Mill

The Second Time Around

Back to Main Discography Menu